Artificial intelligence in the scorching robot, was also the

Recently the emergence of a large number of smart speakers on the market, followed by criticism also emerge in an endless stream. People for the abuse of the term robot has been intolerable, no exaggeration to say that the market has a large number of self-proclaimed XX robot products are follow suit.

Where did the gusts blow up? Perhaps "Made in China 2025", perhaps the development of artificial intelligence field, there may be AlphaGO manufacturing all kinds of big events.

But we do not know is that this wind blowing up, in addition to a variety of algorithm companies, large data companies, cottage robots, there is a big wave of robot education institutions.

Here the robot education institutions, referring to those who are not early education robot, ｏｒ the legendary AI + education, but a by assembling, build, run the robot, to stimulate students interest in learning, students comprehensiveability to develop education.

The most typical is as shown in the figure, the Lego blocks the power, let them move up.

Although it looks just a toy, but the industry has entered the first-tier cities in China's primary and secondary schools. According to the China Robot Education Alliance released in 2016 data show that the country has about 7600 robot education institutions, the last 5 years increased by nearly 15 times. Expected by the end of 2016, the national robot education institutions will exceed 10,000, the market size of about 100-200 billion, the future space of up to 30 billion.

In this year, this figure will only increase.

With the "National Medium and Long Term Education Reform and Development Plan (2010-2020)" will be the word innovation as the main event, robot education began gradually into the primary and secondary schools, Children's Palace. At the same time, "China's quality sports robotmovement general competition rules" was formally promulgated, a variety of robots on the competition with the endorsement of legislation, began to dwell into the room.

Today, this industry has even produced a lot of branches, the United States Department, Korean Department and the Department of the three branches.

Which the United States Department of Lego robot is the most "root is Miao Hong", in 1986 by the Danish LEGO company and the Massachusetts Institute of Technology Media Lab (Media Lab) conducted a named "Programmable Building Block (Programmable Brick ) ". For young people interested in robots over 12 years of age, the Lego Robot Kit has been introduced, including programming masters, electric motors, sensors, and more. LEGO robots use a variety of accessories to solve the homemade robot needs circuit, mechanical structure problems, but also designed a set of RCX Code called visual programming tools, as long as a variety of different program logic on behalf of the "building blocks" on the screen pile up, Will be able to complete the RCX program writing.

Accurate to say, LEGO robot belongs to the "teaching aids", after entering the country by a variety of complex educational institutions agent, only to achieve the commercialization. While the Korean Department of robots, it is the beginning of the run on the education market. Such as the design of building blocks robots, monolithic robots, humanoid robots, etc. for different age courses, but also created a series of teaching philosophy. And its domestic educational institutions, the identity of strategic partners, crazy laying a large number of campus, held the game, also won the prestigious fund venture.

As for the domestic factions, mostly in the division of the two left the blank market, said it is not too old for the mix. And some even just buy a few sets of teaching aids, began to recruit students.

The market is so hot, more ｏｒ less also confirmed that the robot education for young people have some benefits. In the recent very popular STEAM education, the promotion of cutting-edge technology, training innovation, cooperation, cross-disciplinary comprehensive education, etc., are well reflected in the robot education.

In addition to education itself, the robot education is more utilitarian.

On the one hand, exam-oriented education to promote market development.

With the word innovation on the agenda, robot education not only into the campus, but also into the college entrance examination extra points system. In particular, recently, the Ministry of Education issued a new provision, the independent enrollment conditions to make adjustments, leaving only the subject of expertise and innovation potential two categories, a variety of robot competition gold content and further rise.

In this way, many parents began to run the race, expertise, extra points andso on key words for the children reported to the robot class, eventually leading to the enthusiasm of parents on K12 science and technology education is much higher than the enthusiasm of college students to participate in science and technology competition. Robot education is as vigorous as ever.

On the other hand, quality education to promote the school to increase investment.

Quality education, curriculum reform is the two shouting for many years the words, these words on the one hand the relationship between the burden of students, on the other hand also related to the school's various honors. Quality education demonstration school, science and technology education demonstration school and so on to encourage more schools began to strengthen the contact with the robot education. It is understood that, as of the end of March 2017, the National School of Sports Robot ｕｎｉｏｎ members of more than 18000, of which the school as a unit to join the ｕｎｉｏｎ (including military schools) more than 8,000, at all levels of Education Bureau (Committee) Schools apply to join the ｕｎｉｏｎ more than 10,000. Which involves a lot of equipment procurement, the introduction of talent, but also to the industry and hit a dose of auxin.

Finally, it is chaotic joining mechanism to promote the development of the market unrestrained.

In the Western educational philosophy, science is often associated with the word Nerd, in film and television works, good at mathematics, physics, young people are often a boring nerd appearance, and sports are always handsome sunshine. The emergence of robot education, is to more scientific knowledge into the operation and kind, in a cool form to show it.

Can go to China, all kinds of interests of the entanglement of robot education distance innovation, science, engineers, farther and farther, and ultimately become the most important part of the education industry interest chain. Of course, we admit that some students must be inspired in the robot education curriculum, from the road to innovation to go further, but we would like to see is that, with the support of national policy, the development of scientific and technological achievements, rather than Just fat those speculators. 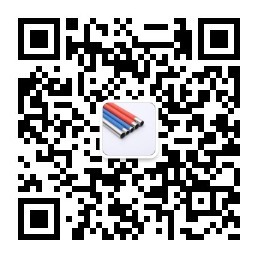